So there is this idea i have been thinking about for quite sometime. What if you were to put on VR headset. Then have a quadrocopter with a camera mounted to its bottom, and have it follow you. And then stream the footage from the camera, to the VR headset. 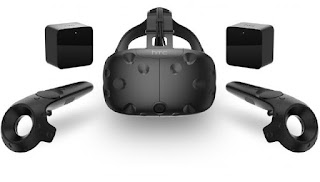 You would have a full third person view of yourself.

Now you may be thinking, whats the point, what useful application could this ever generate?

My answer to that question is, i don't know. The point of this experiment is not to generate some useful application (though i would like that to be a result).

The point of this experiment, is to expands ones view, ones outlook on the world. Imagine seeing yourself in third person. Imagine thinking moving your left hand, then you see this person out in the distance that the camera is focused on, move their hand. Wouldn't it be mind boggling to see something like that?

Seriously! As your brain thinks, this other body...moves.
I think as soon as a person puts this on, their brain would be trying to cope with this sudden wave of abnormality. There is no edge to the screen when wearing an Oculus rift. So you would be completely immersed into this, gods eye view.

I think this experiment experiment would further ones understanding as to who and what they are. They would realize that, that body out in the distance is not who they are, but is just something they control.

Posted by Roshawn Terrell at 8:14 PM No comments:

How do computers compute information?

How do computers compute information? This is a question i have been pursuing for nearly 5 years now. Now before you "computer scientists" begin to attempt to answer my question, first fully understand my question.

Because i have asked this question to so many people, computer scientists, computer engineers, computer architects, and they have never been able to answer this question. It is somewhat frustrating that i ask this question to people who are suppose to be "experts" in their field. To people who spend most of their life working with and programming computers, yet at the same time, at the very core, have no idea how these machines actually work. The only people that have ever gotten close, or have enlightened me further in my search for the answer, are physicists. Which at first comes as a surprise, but then i think back, and realize, that the very person who invented the transistor, was a physicist.

So what do i mean when i say, "how do computers compute information"? I literally mean, how does a group of transistors, do math, make programs, do the amazing things that i constantly see on my screen, such as play video, make games, and run simulations. ESPECIALLY, run simulations...how can a...box full of parts with electricity running through it, simulate reality, simulate physical phenomena, recreate the real world. Seriously! imagine it, a box, full of parts, is literally able to recreate, what you feel, what you see, and what you hear. Its...awe inspiring...to think that with mere material, and electricity, i can make a universe.

So i should probably discuss or clarify about this vague word called "Computation".

Just by watching the animation, you can instantly understand, I understand. how protein synthesis computes information. When I say I understand this, that means I can actually imagine building nearly any structure with this form of computation.
If I wanted to make a square, or a triangle, or a skyscraper. I know specifically how I can code this to do those things, and you do to.
I want to understand how transistor based computers compute information at this very fundamental, physical level.
I have yet to find a person who knows this, or who can explain this, to me.
Maybe you can help me?
I got this animation from a Ted talk, spoken by a professor at MIT named Neil Gershenfeld.
http://youtu.be/5n-APFrlXDs
This ted talk really enlightened my view as to what computation really is, and problems regarding the understanding of computation.
There is one thing Neil says in this video that really interests me.
He said, "Computer science is one of the worse things that ever happened to either computers or to science".
Posted by Roshawn Terrell at 9:21 PM No comments:

I could care less about the life on this planet.

From a complete rational perspective, I could careless about life on this planet.

At the moment i support advancement of renewable energy sources such as wind power and solar power.

At the moment I support Anti-deforestation.

But as soon as we are able to harness the power of a practically unlimited energy source such as fusion power, or highly efficient solar panels. I could careless about the well being of the other organisms of this planet.

When we reach this point in human advancement, I will gladly support demolishing forests thus causing mass extinction of multiple species to make room for more cities.

To combat the oxygen problem, simply build large bio-reactors that could pump out far more oxygen than any tree ever could.

If your worried about food such as meat, simply grow the meat with stem cells In large incubators. Giving us the ability to produce meat far faster than doing it "naturally".

I advocate rational exploitation of everything.

This is a test of your rationality.
Posted by Roshawn Terrell at 12:39 AM No comments: